Climate change is already having the first consequences in nature, and in general, in the society.

In every way it’s a challenge. The most suitable solutions to reduce its impact are being studied in different areas. One of the many sectors affected is the wine industry. 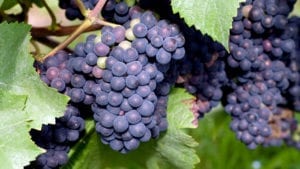 The Denomination of Origin of Rioja wine-growing area is distributed between La Rioja, Navarra and Álava, producing around 330 million liters of wine per year. In this region two totally opposite climates converge: the Atlantic and the Mediterranean. Climates that provide very good conditions for the development of the vine. Climate change leads to an increase in temperatures and an imbalance in the rainfall regime. And this poses a threat to this crop, facilitating the incidence of pests and diseases and altering the phenological and ripening development of the vine. For example, Tempranillo and Garnacha varieties have advanced their budding, flowering and veraison dates (the development phase of the grapes in which they begin to change color and begin their ‘ripening’). Some solutions that has been considered are to locate the vineyards at higher elevations and in dismal spots. But before that, there are other options that can be carried out.

Solutions in the winery 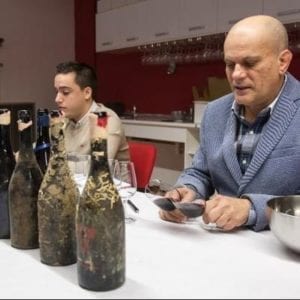 Our enologist, Antonio T. Palacios, General Manager of Excell Ibérica and professor at the University of La Rioja, together with Icíar Gallo, in their final degree project in Oenology, have recently presented an investigation in which they face the challenges of change climate in the main varietals of red grapes of the Rioja Denomination of Origin (DO Rioja). In this study they propose some solutions that can be carried out from the winery point of view. Climate change means an increase in alcoholic strength and over-ripening at the viticultural level. For this reason, in the study, they have tried to find out how to counteract these factors to obtain wines that provide greater freshness. For this they have analyzed the three most typical varieties of the area: Tempranillo, Garnacha and Graciano. And they have done with a method developed at the University of Bordeaux, looking for a way to obtain fresh and light wines, according to the current consumption trend.

The results have been surprising. The Tempranillo has had a positive result, both in its young and its aging version, being the best qualified wines in the sensory analysis. In addition, it has been observed that it’s the variety with the greatest plasticity and adaptability. In the case of Graciano, the most rustic variety, it has been observed that it’s the most resistant to changes and oxidation. And it maintains the freshness that is being looked for in the wines. 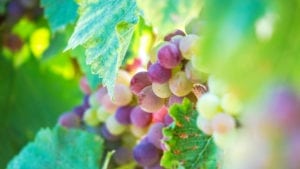 And the biggest surprise has been the Garnacha, which is the one with the most antioxidant compounds of the three and the greatest resistance to oxidation when aged in barrels. Circumstance that makes it better maintain freshness.

From here on, we must continue working and looking for solutions to climate change. In the case of our wines, we are working and we will continue working, both on land and at sea. We are facing a challenge that doesn’t end but this doesn’t mean we sit back and do nothing.

Today we give you a moment of hope