Which is the origin of the Underwater Winery?

Which is the origin of the Underwater Winery?

10 years in which we turned a dream into a reality 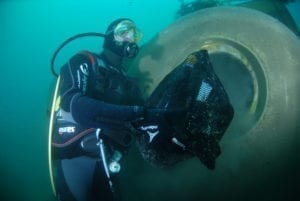 In 2007, after watching Cousteau’s documentaries, after reading Tintin books (Red Rackham’s Treasure) and after watching in the news the discovery of bottles on sunken ships that were auctioned for astronomical value at auction houses, Borja Saracho (Founder of Crusoe Treasure Underwater WinerY) proposed to Joxean Sáez de Ocáriz (CEO in Init Group) to start a research project (not a winery) to investigate whether it was true that wines and other spirits evolved differently at the bottom of the sea.

The project started in 2008

We dived in different places where bottles had been found to be later auctioned in order to see the conditions that existed there. We have created a statistical table of the conditions of each point and we tried to find a place that would meet those conditions close to Bilbao.

After diving in different places, we have found that the Bay of Plentzia, a beautiful place, close to Bilbao and very unknown, could be the ideal location to start the study on the evolution of wines under the sea.

We have presented the project to Plentzia City Council and after obtaining their support, we requested for seabed concession in a specific area of ​​the Bay. An area of ​​500 square meters subjected to the influence of the currents of the sea and the estuary of Plentzia. 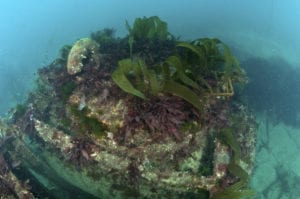 After obtaining the permits, 10 years ago, at the end of August 2010, the first two concrete and steel structures were installed to house the bottles inside, together with sensors and underwater cameras. The modules were also designed to act as an artificial reef.

It was the beginning of the LSEB – Plentzia project, the world’s first underwater laboratory for the study of the aging of beverages under the effects of the marine environment. 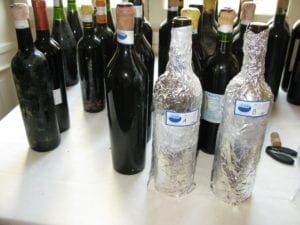 We invite all Denominations of Origin in Spain to participate in the research project. 14 of them answered with interest, sending us wine from a total of 27 wineries. All the wines were submerged and of each reference, some samples were left on land to compare them with the underwater ones. Every three months, samples were extracted and winemakers and experts were invited to do a blind wine tasting. The enologists of the wineries were surprised by the results, choosing in 90% of the cases, in blind tasting, the underwater wine.

During the investigation period, countless national and international media in addition to the winemakers of the participating wineries came to Plentzia.

What drinks were plunged? 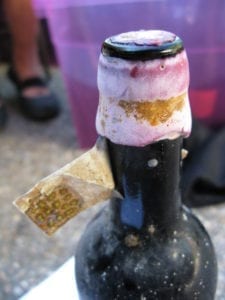 We studied how different types of bottle worked under the sea, type of closure, we experimented with labeling and serigraphs, we studied the resistance and orientation that should have the MEC (Models for aging wines and control).

From the beginning we always focused on seeing if it was true that beverages evolved differently under the sea and on sustainability in the marine environment.

Who was and who is the main enologist? 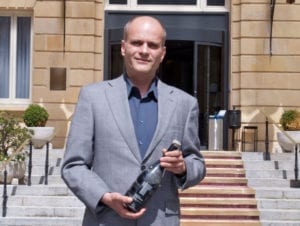 During two and a half years we were focused exclusively on research. In the second blind wine tasting, after 6 months of research, we have detected that something was happening under the sea. It was at then when the prestigious enlogist Antonio T. Palacios joined the project and later the underwater winery. Antonio was very skeptical at the beginning, but after investigating and analyzing the underwater samples, he gradually has become the world’s leading expert in underwater enology.

The creation of the underwater winery

What at that time was a totally disruptive project in the world of wine has become a reality.

A decade of consolidation 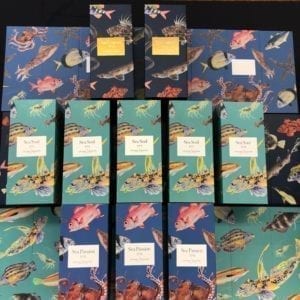 Today, 10 years after the immersion of the first module, what was a project is a consolidated underwater winery that have 10 high-quality underwater wines, both white and red, and a knowledge that grows day by day about underwater treasuring.

Thank to all the people who have supported us and support us throughout this journey, working with us, collaborating, supporting us and buying our wines. Without all of you, it wouldn’t have been possible. Thanks a lot!¡Muchas gracias! Eskerrik asko!

If you don’t know about our underwater wines, we invite you to visit our website.

Do you recognise the marine species that appear in the packaging of our underwater wines?

The experience is even more special with duet packs