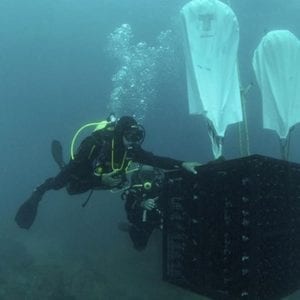 At Bodega Crusoe Treasure, 10 years ago, we began an adventure that many considered crazy: we wanted to see if the sea had an influence on the aging of the wines. We dared to give a new perspective to traditional wine by researching and developing a new way of making wine, in a world where it seemed that everything was invented. We studied the evolution of white, red and sparkling wines, and also of barrels.

After an initial study carried out for over two and a half years, where we verified the virtues of the underwater storage, we created this concept, and embarked on the creation of our own winery, Bodega Crusoe Treasure, where we work with the product from the origin, all the way from the vineyard to the moment the wine comes out of the sea.

Nowadays our grapes come from 10 hectares in which we can find the grapes of the best Spanish winemaking areas: Rioja, Ribera, Somontano, Aragón, Terra Alta, Galicia,… including TEN varieties (from Garnacha Gris to Tempranillo) and making white and red wines, under the guidance of the great Dr. Antonio T. Palacios.

Here you can see a summary of these 10 years through the wines that we produce with such enthusiasm and hard work: 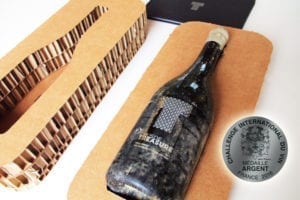 Crusoe Treasure Classic 2010 is the first underwater wine we made. It is produced using the typical Rioja varietals: Tempranillo, Graciano and Mazuelo. This was a very balanced wine with great fruit aroma, extracted from the sea in December 2012 which produced a total of 3,200 bottles. This exclusive wine was designed by our winemaker, Antonio Palacios, and was awarded a Silver Medal at the Challenge International du Vin in Bordeaux in 2016, one of the most prestigious wine competitions in the world, as well as a Bronze Medal at the International Wine & Spirit Competition in London that same year.

The packaging was also revolutionary at the time, winning the BestPack Gold in 2012 at Alimentaria Exhibitions in Barcelona for its innovative design and beating out leading world brands. 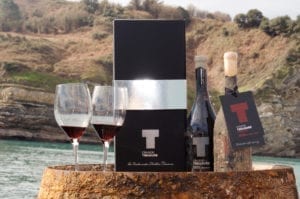 Crusoe Treasure Passion 2011 was the second wine produced by Crusoe Treasure Winery. It was a Burgundy-type wine, of Tinta del País variety, from the area of Peñaranda de Duero, made in oak barrels and treasured at the bottom of the sea for a year before being extracted in 2013, under the guidance of Antonio T. Palacios, our winemaker. A total of 5,500 bottles were produced. 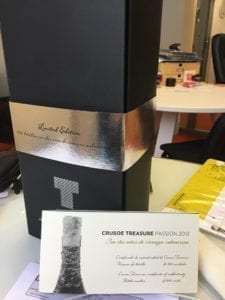 We decided to create a limited edition of our Crusoe Treasure Passion 2013. It was a special wine since we wanted to take the underwater treasuring to another level. These wines were treasured at the bottom of the sea for 2 years, instead of one year as it is normal for all the other editions of the 2013 Passion. Only 500 units were created. The result was a very rounded wine with extreme silkiness provided by the bravery of our sea. 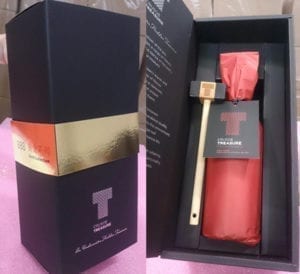 In December 2017 we launched this new wine, now available in its second edition in our current collection. It’s a Syrah from the Hoya de Huesca region, with Alejandro Ascaso as winemaker and Antonio Palacios as winemaking director. It is an extremely elegant red wine in the mouth. This wine marked the beginning of our current portfolio of underwater wines. 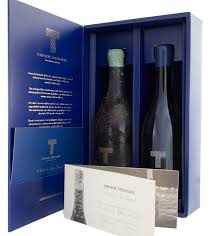 Driven by the idea that the world should know the difference between a wine aged on land and the same one treasured under the sea, we created the duet pack for Crusoe Treasure Sea Soul N.4. This pack allows you to discover for yourself the differences that the sea brings to our wines.

In 2018 we created the “SEA” collection, which consists of the Sea Soul, Sea Passion and Sea Legend wine collections. This was our big market launch, with the presentation of our largest wine collection and the launch of our first white wines. 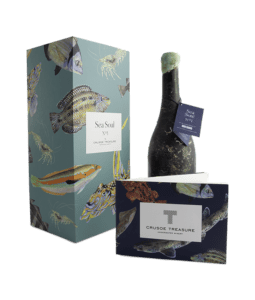 Sea Soul are grape-based wines, in which you can experience the full effect of the sea on each varietal: 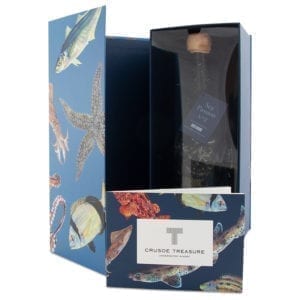 The Sea Passion wines have a greater oenological process and are based on the knowledge of our team of oenologists led by Antonio Palacios:

The Sea Legend range are our most precious and exclusive treasures, with a very limited edition of no more than 500 bottles:

Do you dare to live this experience?

Not a classic tiramisu by Daniel Negreira