Our underwater reef cellar is located under the waters of the impressive Bay of Biscay, in the province of Bizkaia and the region of Uribe, a territory full of contrasts between green and blue, surrounded by cliffs and incredible spaces, for getting lost and enjoying our gastronomy, perhaps the most valued in the world. 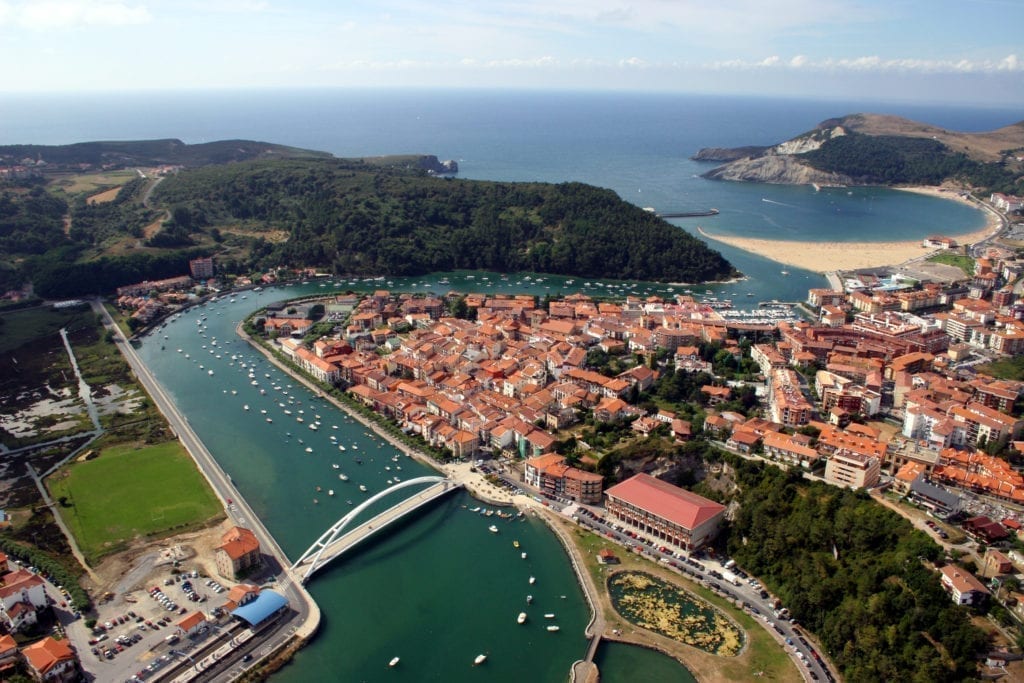 The green environment that surrounds us, will be declared in a few months an area of special environmental protection. It is forbidden to build houses on the cliffs that watch over our winery. The quality of the water makes this place a privileged space of wild nature, very close to one of the great European cities, Bilbao. 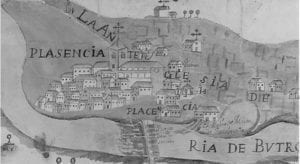 The Bay of Biscay is of great importance to us, it is where the heart of our project lies, where we were able to carry out the adventure that we began with so much enthusiasm. But the importance of the town of Plentzia, also known as La Gallarda, and its strong connection with the sea goes back centuries, as it has always been tied to the sea and its estuary. 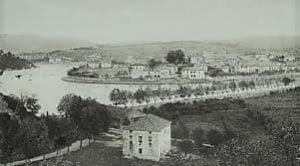 The origins of Plentzia date back to the beginning of the 13th century, when in 1236 Lopez Díaz II of Haro founded the town on the grounds of the parish church of Górliz. However, Plentzia was not founded as a town until 1299 by Don Diego López de Haro, who named it Plasentia de Butrón.

The town’s economy was based mainly on fishing, which from the outset stood out for its great commercial character. The sailors of Plasentia de Butrón specialised in whale and cod fishing. 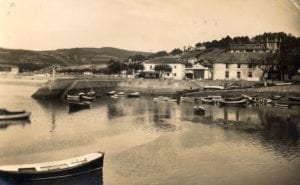 Since the new centre was structured around a small port located on the right bank of the Butron River, where it flows into the Bay of Biscay, its sailors dedicated themselves to coastal shipping and the transport of iron ore in the Bay of Biscay. Moreover, given the quality and quantity of wood from the surrounding forests, it soon developed an important industrial activity as a shipyard.

Its shipyards began to operate around the 13th century and reached their maximum splendour in the 18th century when they became the most important in the Lordship, even ahead of those in Bilbao. 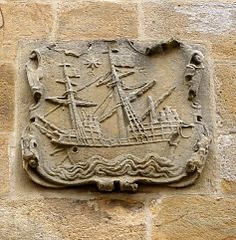 The emblem of Plentzia is a boat galleon, in reference to the great boat building that took place in the estuary and in the area where the town hall square is located today, together with two swords for Plasentia’s contribution to the squadrons of the Lordship of Bizkaia.

Since the 16th century, it has had its own municipal by-laws that regulated coexistence in the town, as well as its administrative and economic affairs, and the by-laws of the Confraternity of St. Peter that did the same for maritime, fishing and commercial life. 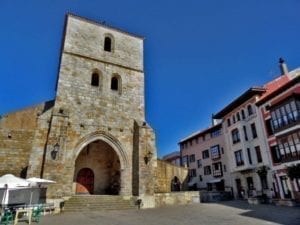 In the 16th century the church of Santa María Magdalena was built, whose bell tower combined the religious function with a defensive one and served as a watchtower over the estuary and the port. At the same time, a tower house was built to serve as a corn exchange and storehouse for wheat, which currently houses the Plasentia Butron Museum, where the town’s memories are treasured. 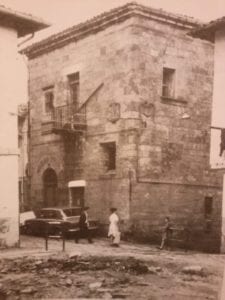 Plentzia had one of the first nautical schools in the eighteenth century, which was active until 1933. Hence the large number of residents of the town and nearby villages related to the merchant navy. In the 19th century, Plentzia lost its economic position tied to navigation and needed to reinvent itself. The wars of the 19th century and the crisis of deep-sea fishing marked its decline as a port. The activity ended up disappearing as a result of the accumulation of a large sandbank at the mouth of its estuary, practically wiping out the fleet registered in Plentzia. 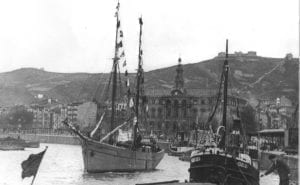 The shipyards disappeared after the Second Carlist War, in the last third of the same century, and in the 20th century the Customs Office, the Regional Court and the Navy’s Assistantship disappeared. The last ship, the Magdalena, was built in 1919.

Fortunately, with the arrival of the railway in 1893, and also because of its proximity to Bilbao and Algorta, the town attracted a new social class to its beaches, which began to settle their temporarily, during holiday periods. 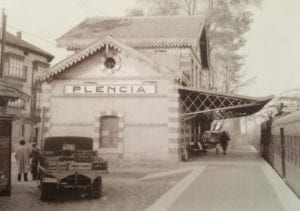 Thus, began the conversion of Plentzia into a tourist town, a character that is still intact today thanks to the quality of its beach, one of the main ones on the Basque coast, and its waters.

Once again, Plentzia ties its present and future to the sea and its estuary, offering an ideal setting for leisure activities, sports, tourism and new economic activities based on research and development.

Get to know Plentzia, the seaside town that houses our underwater wine cellar, and where we carry out our wine tourism experiences.